How to prevent 'China sleepwalking syndrome' 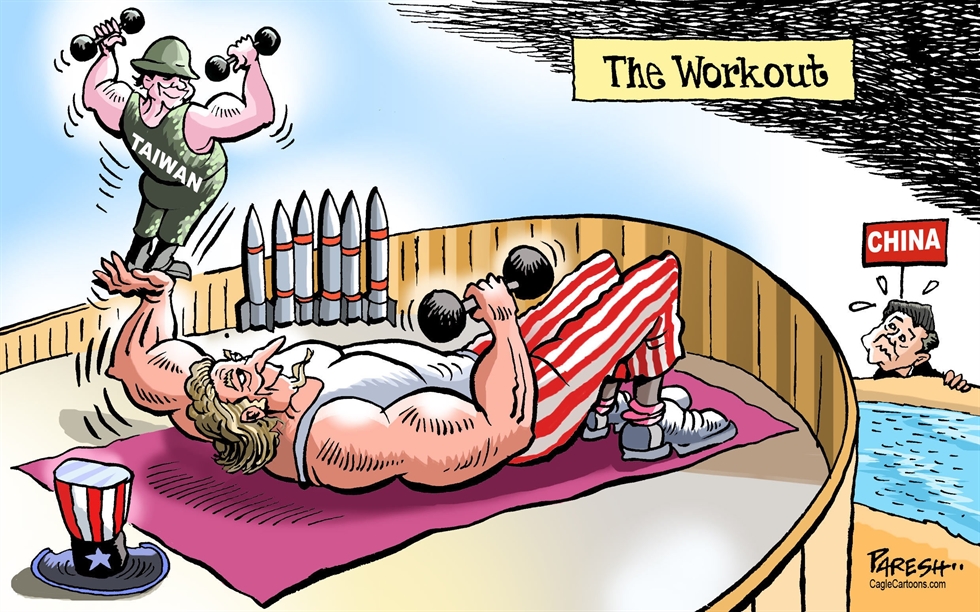 But while many invoke the onset of the Cold War, a more worrisome historical metaphor is the start of World War I. In 1914, all the great powers expected a short third Balkan War. Instead, as the British historian Christopher Clark has shown, they sleepwalked into a conflagration that lasted four years, destroyed four empires, and killed millions.

Back then, leaders paid insufficient attention to the changes in the international order that had once been called the "concert of Europe." An important change was the growing strength of nationalism.

In Eastern Europe, pan-Slavism threatened both the Ottoman and Austro-Hungarian empires, which had large Slavic populations.

The diplomatic compromises that resolved these conflicts, however, stoked frustration and growing support for revisionism. Many leaders came to believe that a short decisive war won by the strong would be a welcome change.

A third cause of the loss of flexibility in the early 20th-century international order was German policy, which was ambitious but vague and confusing.

There was a terrible clumsiness about Kaiser Wilhelm II's pursuit of greater power. Something similar can be seen with President Xi Jinping's "China Dream," his abandonment of Deng Xiaoping's patient approach, and the excesses of China's nationalistic "wolf warrior" diplomacy.

Policymakers today must be alert to the rise of nationalism in China as well as populist chauvinism in the United States. Combined with China's aggressive foreign policy, a history of standoffs and unsatisfactory compromises over Taiwan, the prospects of inadvertent escalation between the two powers exist.

As Clark puts it, once catastrophes like WWI occur, "they impose on us (or seem to do so) a sense of their necessity." But in 1914, Clark concludes, "the future was still open ― just. For all the hardening of the fronts in both of Europe's armed camps, there were signs that the moment for a major confrontation might be passing."

A successful strategy must prevent a sleepwalker syndrome. In 1914, Austria was fed up with upstart Serbia's nationalism. The assassination of an Austrian archduke by a Serbian terrorist was a perfect pretext for an ultimatum.

Before leaving for vacation, the German Kaiser decided to deter a rising Russia and back his Austrian ally by issuing Austria a diplomatic blank check. When he returned and learned how Austria had filled it out, he tried to retract it, but it was too late.

The U.S. hopes to deter the use of force by China and preserve the legal limbo of Taiwan, which China regards as a renegade province. For years, U.S. policy has been designed to deter Taiwan's declaration of de jure independence as well as China's use of force against the island.

Today, some analysts warn that this double deterrence policy is outdated, because China's growing military power may tempt its leaders to act.

Others believe that an outright guarantee to Taiwan or hints that the U.S. is moving in that direction would provoke China to act. But even if China eschews a full-scale invasion and merely tries to coerce Taiwan with a blockade or by taking one of its offshore islands, all bets would be off if an incident involving ships or aircraft led to loss of life.

If the U.S. reacts by freezing assets or invoking the Trading with the Enemy Act, the two countries' metaphorical war could quickly become real. The lessons of 1914 are to be wary of sleepwalking, but they do not provide a solution to managing the Taiwan problem.

A successful U.S. strategy toward China starts at home. It requires preserving democratic institutions that attract rather than coerce allies, investing in research and development that maintains America's technological advantage, and maintaining America's openness to the world.

Externally, the U.S. should restructure its legacy military forces to adapt to technological change; strengthen alliance structures, including NATO and arrangements with Japan, Australia, and South Korea; enhance relations with India; strengthen and supplement the international institutions the U.S. helped create after World War II to set standards and manage interdependence; and cooperate with China where possible on transnational issues.

So far, the Biden administration is following such a strategy, but 1914 is a constant reminder about prudence.

In the near term, given Xi's assertive policies, the U.S. will probably have to spend more time on the rivalry side of the equation. But such a strategy can succeed if the U.S. avoids ideological demonization and misleading Cold War analogies, and maintains its alliances.

In 1946, George Kennan correctly predicted a decades-long confrontation with the Soviet Union. The U.S. cannot contain China, but it can constrain China's choices by shaping the environment in which it rises.

If the Sino-American relationship were a hand of poker, Americans would recognize that they have been dealt a good hand and avoid succumbing to fear or belief in the decline of the U.S. But even a good hand can lose if it is played badly.


Joseph S. Nye, Jr. is a professor at Harvard University and author of "Do Morals Matter? Presidents and Foreign Policy from FDR to Trump" (Oxford University Press, 2020). His article was distributed by Project Syndicate (www.project-syndicate.org).