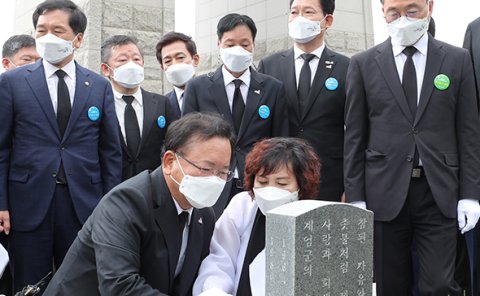 On the occasion of the 41st anniversary of the 1980 pro-democracy movement in Gwangju, Tuesday, politicians, including President Moon Jae-in, showed support for the citizens of Myanmar in their continued fight against a military junta to restore democracy and freedom. The Gwangju uprising against the military regime of Chun Doo-hwan, who seized control of the country in a Dec. 12, 1979, coup, began in the southwestern city, May 18, 1980.