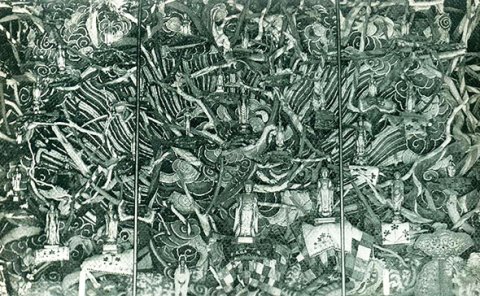 Tales from the past: The Nine Dragons and 53 Buddhas

Images of modern North Korea always generate a fair amount of interest mainly due to the relative inaccessibility of that country. But even before the division of the Korean Peninsula, images of the North were rare for the same reason - it was generally inaccessible due to the terrain. One of the early Westerners to travel in the Diamond Mountains (Geumgangsan) was William Scranton, an American missionary, who visited in the mid-1890s.