The 13 models out of the 77 contestants from 24 Asian countries have moved onto the finals of the 'Untact Face of Asia 2020' modelling competition.

The 'Untact Face of Asia 2020' is Asia's largest and very first virtual modeling festival hosted by the Asia Model Festival Organizing Committee (AMFOC) based in Seoul.

During previous rounds, the 13 winners have successfully completed various online video missions to bring the 'Face of Asia' title home. The last mission was to make creative videos introducing traditional attires of their respective countries.

The videos can be found at the 'Untact Face of ASIA' YouTube channel. 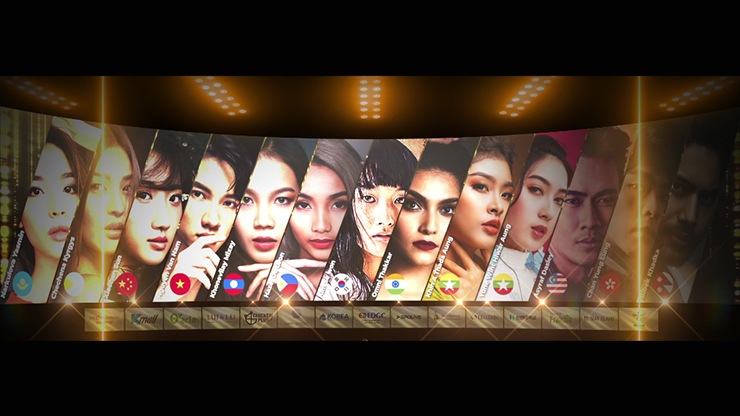 The finals will be aired live via the 'Untact Face of ASIA' YouTube channel at 8 p.m. Seoul time.

Band LEENALCHI, K-pop girl band Loona and boy band MONSTA X are expected to make a surprise appearance to congratulate the final winner and the successful hosting of the online event.

This year's event ― sponsored by the Ministry of Culture, Sports and Tourism, Seoul city and Seoul Tourism Organization ― is being held online via multiple video-sharing platforms including its official YouTube channel and TikTok due to COVID-19 concerns.