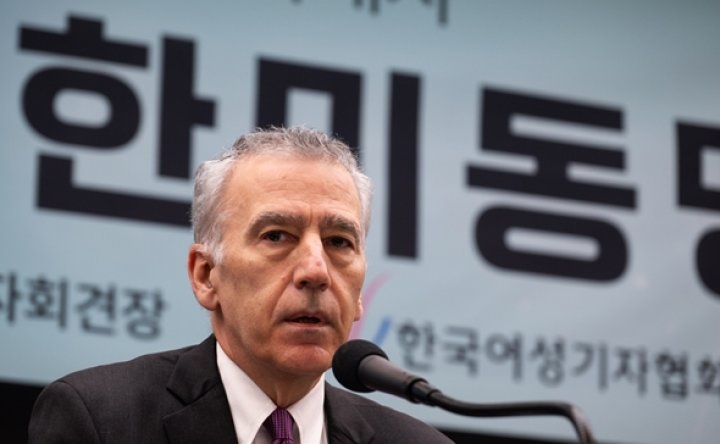 South Korea and the United States have worked closely to shut down North Korea's cryptocurrency networks as the North tried to finance its nuclear and missile programs by deviating from international sanctions, U.S. Ambassador to South Korea Philip Goldberg said Wednesday. He said the two sides made progress since they began discussions last year after the Seoul-Washington summit in May, but declined to give further details on the sensitive issue.